Originally conceived as a chalk on magnet paint piece, a rough version of the work was brought to the gallery while the two slated artists were installing. After speaking with the gallerist, the two artists asked to speak.

In a courteous but intense exchange, they shared concerns that the planned work felt too much like a “painting”, also too close to an “object”, and that these aspects, along with the color black might cause confusion related to their artworks.

They suggested a return to the the wall-based strokes of the last intervention. This interaction triggered a change in the work to reflect on this exchange with the artists. 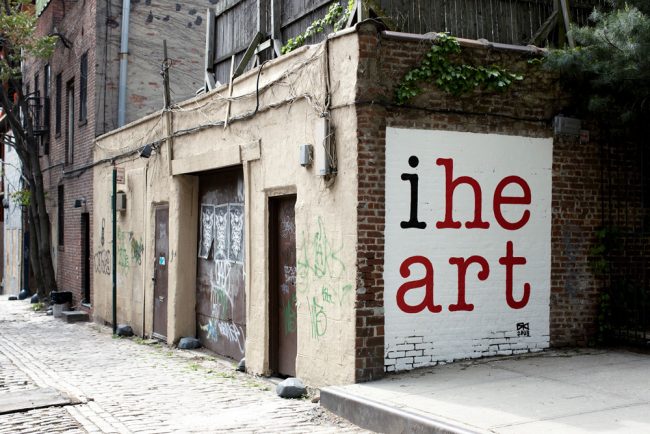 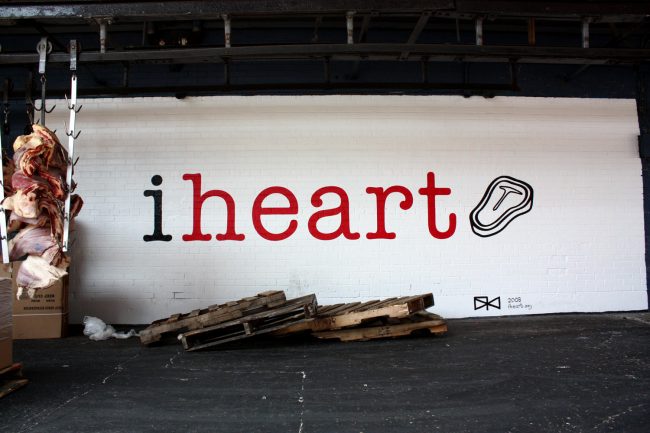 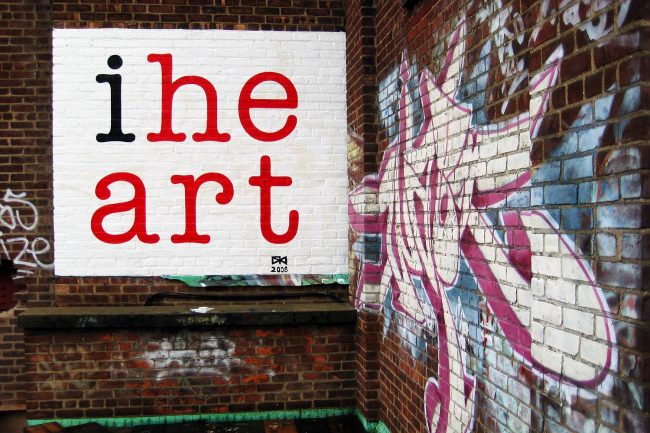 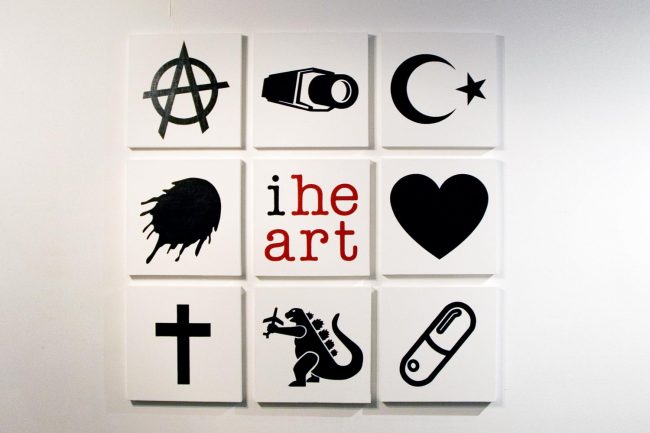 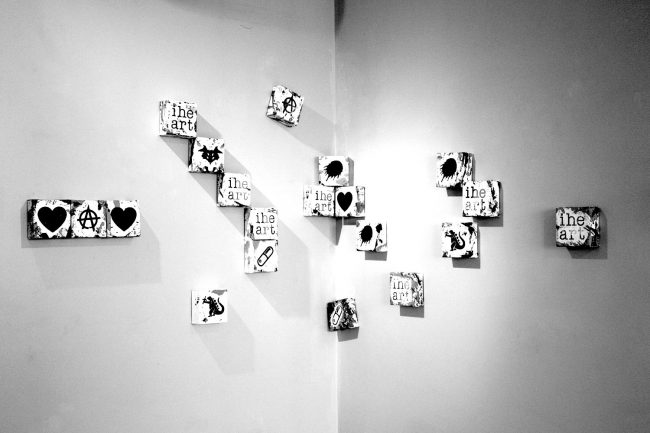 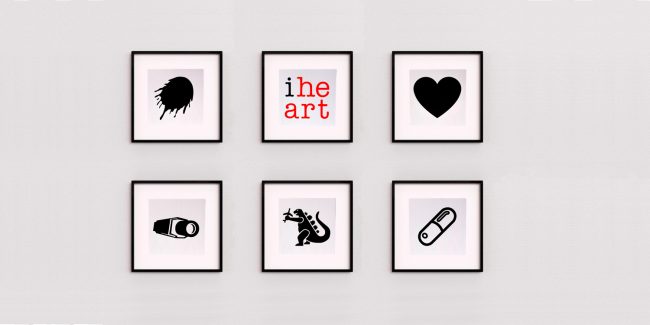 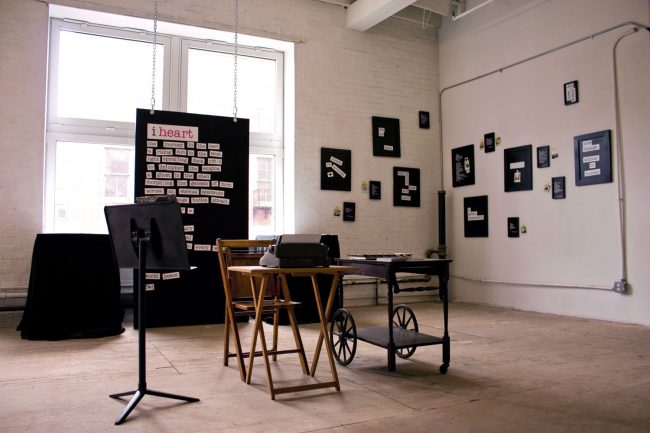 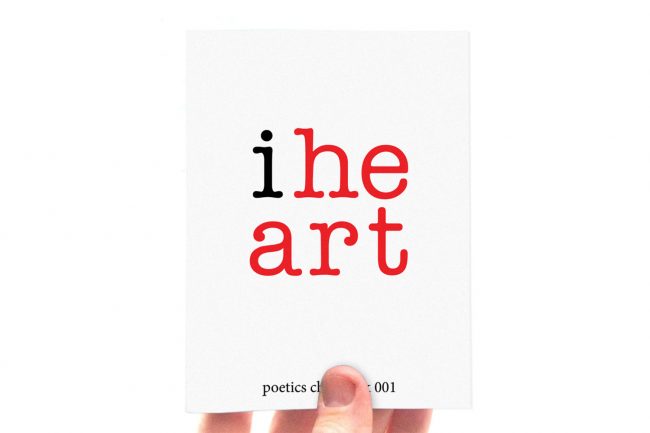 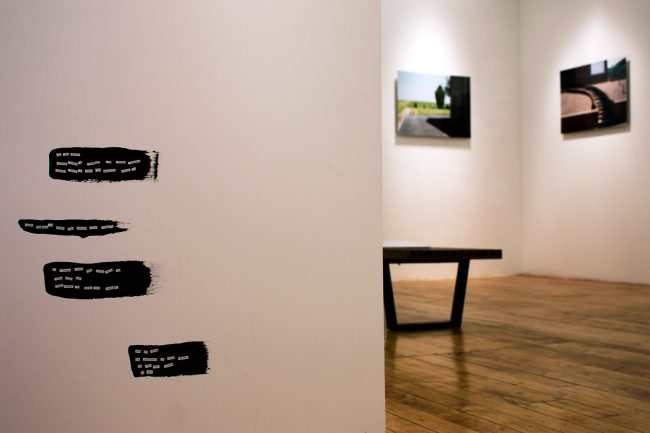 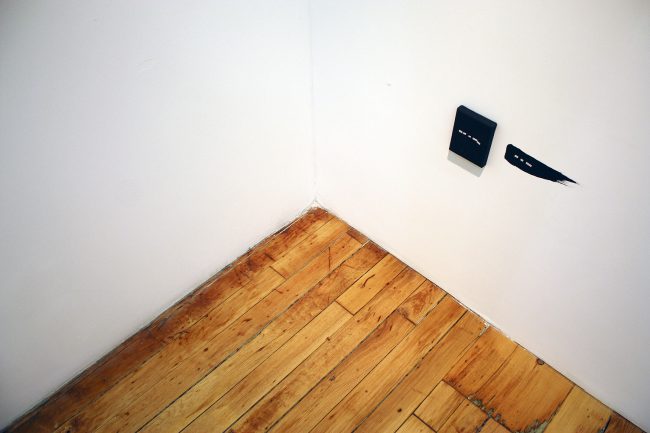 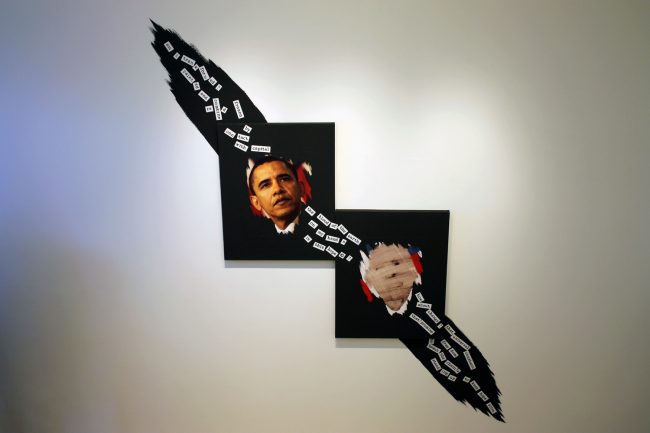 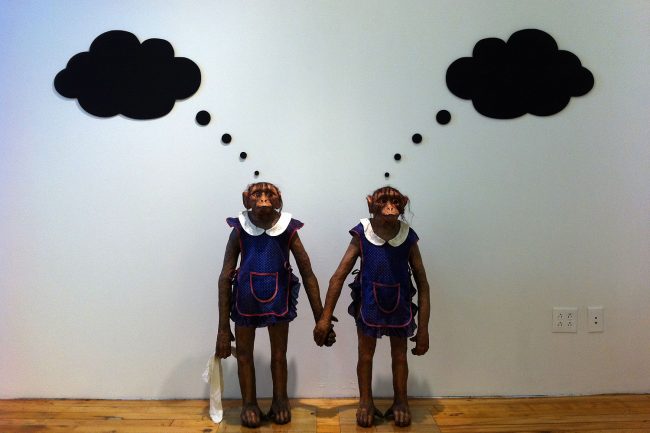 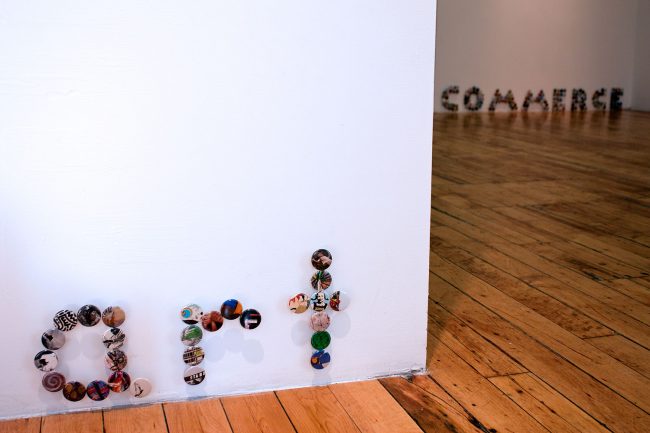 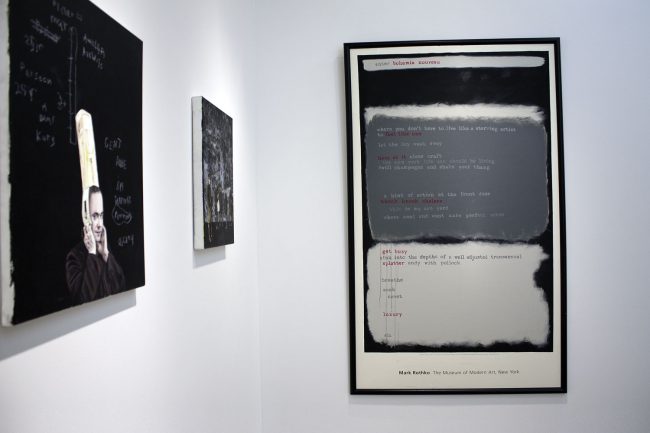 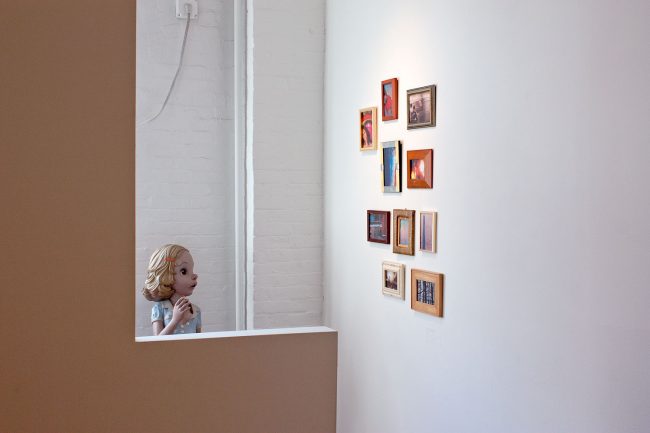 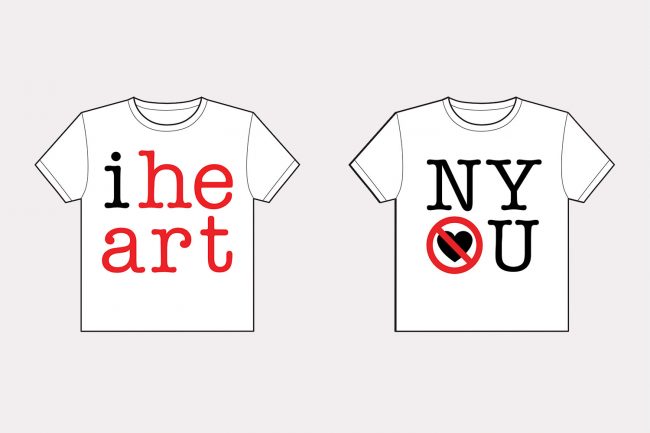